From new wearables that detect breast cancer to creating the industrial supply chain for the meat replacement industry, the latest crop of Y Combinator companies showcased the breadth of entrepreneurial innovation that encapsulates the waning days of 2018. While the entire batch of 63 companies was impressive, a few in particular caught our eye.

So take a look below at our picks for some of the hits from this year’s summer cohort of companies. 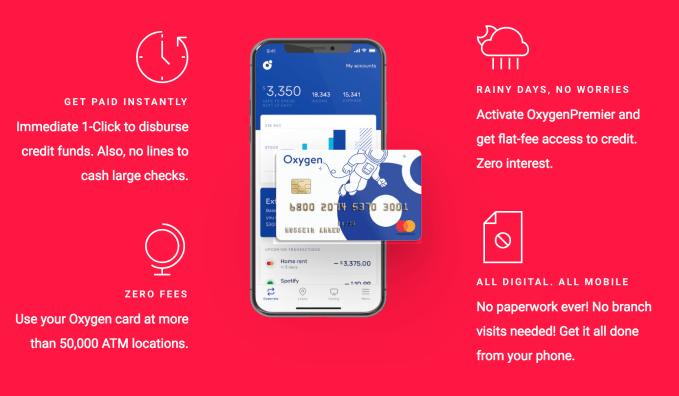 Breaking freelancers from the month-to-month boom-and-bust payment cycles that bind them, Oxygen provides working capital loans to freelancers who can go months without getting a paycheck. The company is more than willing to work with a group of borrowers who collectively make $1.4 trillion in 1099 income annually and who are locked out of loans. Oxygen offers flat-fee access to credit and free mobile banking, all while using machine learning to determine credit worthiness. Freelance workers of the world unite, indeed!

Why we liked it: Opening a new market in the lending space is a multi-billion-dollar opportunity for the company that gets it right. 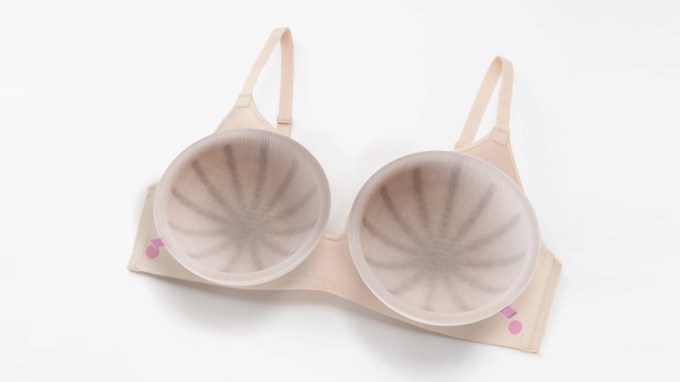 By monitoring thermal patterns inside a breast, the startup Higia hopes it can offer women a better, non-invasive method to detect breast cancer. The company’s wearable device, called EVA, can be placed under any sports bra, and offers a new way to fill the gaps that current screening techniques aren’t addressing — things like early breast cancer detection in women with high breast density. The company has already pre-sold 5,000 units in Mexico and will begin shipping them in the fall of 2018. Aiming for accurate and immediate risk assessments, Higia will release its device for $299, focusing on the U.S. market at first and moving forward with clinical trials at Stanford.

Why we liked it: A new diagnostic tool in the battle against breast cancer that clocks in at a reasonable price point for consumers could be a huge win for investors and the world. 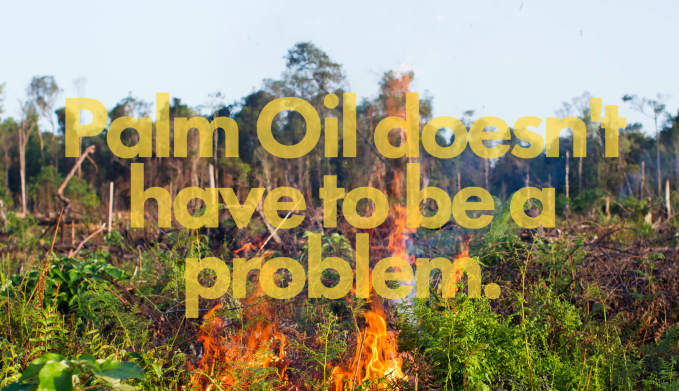 C16 Biosciences is aiming to greatly reduce greenhouse gas emissions across the globe with their lab-grown palm oil, an alternative to a product that is found in a truly massive amount of goods. C16’s alternative is grown in bioreactors and is 20 percent less expensive to customers but “doesn’t destroy the planet,” the company says.

The startup has already begun early partnerships with a number of beauty and food distributors that together spend $1.2 billion on palm oil annually.

Why we liked it: While everything old is new again in this venture capital cycle, highly touted technologies that were part of the first round of “clean tech” innovation have a chance to hit their stride in the current market. 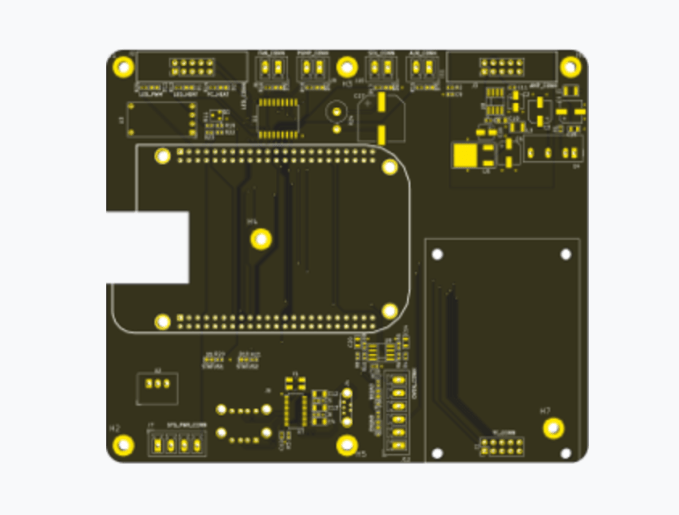 Designing circuit boards as a service won JITX a spot in this latest batch of Y Combinator companies. Currently, every circuit board is designed manually by skilled engineers, but using JITX’s machine learning software, circuit boards can be created automatically, which can save both time and money for hardware companies. JITX is already selling circuit board designs that were totally computer generated and HP is on board, alongside at least one other major company they can’t name yet. The team out of Berkeley is taking aim at a $9.2 billion market, charging 20 percent of what a human-crafted design would cost.

Why we liked it: This startup is generating a ton of buzz already among investors, and while its current round is slated to clock in at $800,000, we’re hearing that it’s already three times oversubscribed. The draw? Put simply, the company is pitching a better way to make one of the building blocks of all tech hardware. 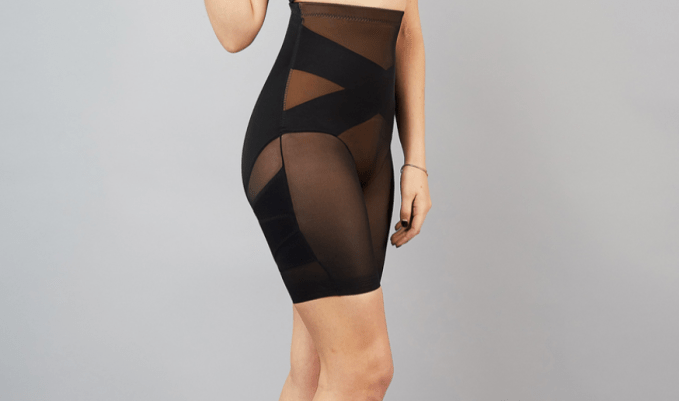 The $89 product uses supportive structures inside the seams of the garment, similar to the flexible boning used in old-school corsets, and encases those structures in a soft channel of protective fabric. This simple enhancement ensures that the garment doesn’t bunch up around the legs or waistband. The company has already sold $500,000 in product

Why we liked it: The market is huge and we’re hearing that the company’s early numbers are really, really promising. 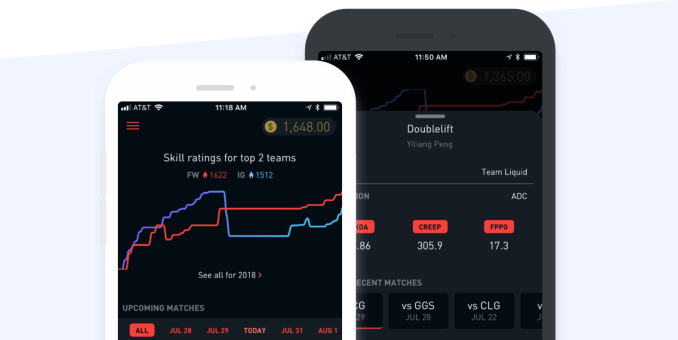 Camelot is a mobile app for esports betting… and one of the first companies to blaze a trail in the sure-to-be-lucrative business operating at the intersection of video gaming and sports betting. The company gives fans access to live updates and stats and an interface to bet against friends. In the wake of the recent Supreme Court decision, there are billions of dollars to be made facilitating betting in any sport — including esports. Camelot is rolling the dice that it can hit the right number in this emerging market.

Why we liked it: Sports betting is already a billion-dollar business (at least). Expect esports to follow the same trajectory. 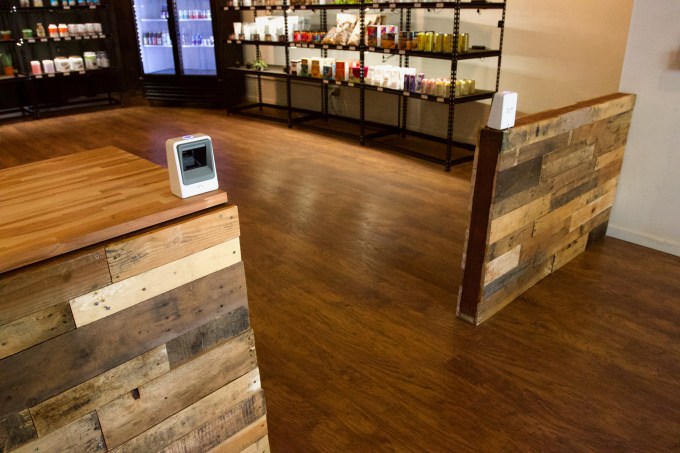 Inokyo wants to be the indie Amazon Go, with a cashierless autonomous retail store. Cameras track what you grab from shelves, and with a single QR scan of the app on your way in and out of the store, you’re charged for what you’ve picked up.

Why we liked it: White-labeling the technology that Amazon and Alibaba have spent untold millions to perfect for a lower price and with rapid deployments for retailers is a persuasive pitch for any startup. 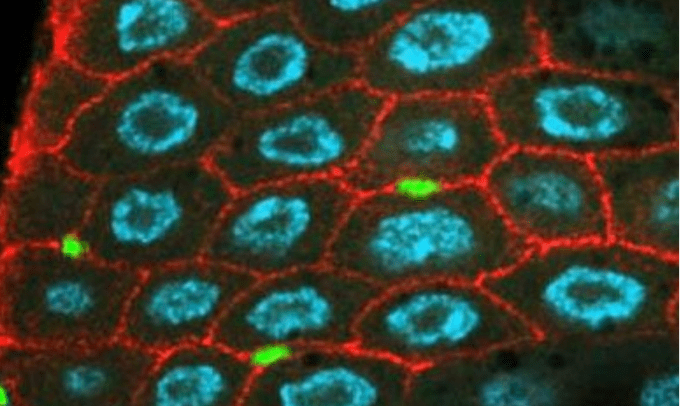 Hepatx is creating therapies for severely damaged livers. Chronic liver disease affects 3.9 million Americans and is the cause of death for more than 40,000. The founders of Hepatx are developing a regenerative solution enabling hepatocyte production for therapeutic purposes. That means regenerating liver cells to avoid the cost and morbidity of whole-organ transplant. More than 200,000 people in the U.S. need a liver transplant but only a few thousand get one. Hepatx aims to fix the liver by taking fat tissue, turning that into liver cells and introducing that into patients to regrow the liver.

Why we liked it: Regenerating or creating new liver tissue is a big swing at a problem that is literally life-or-death. With a solid founding team and positive early trials, Hepatx seems like it could be a home run. 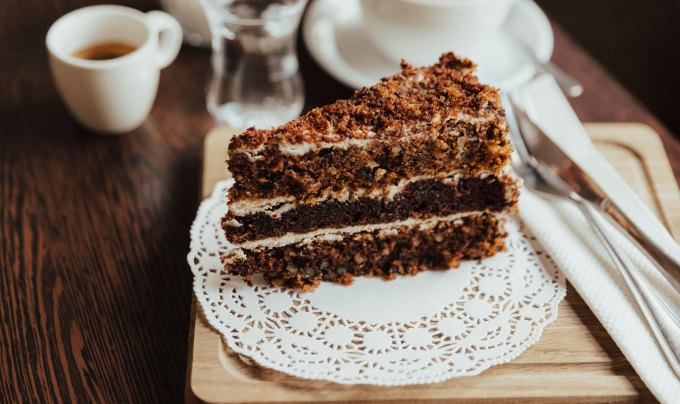 Looking to bake the perfect treat with a sugar substitute that can mimic not just the sweetness, but the gooey caramelization and stickiness that typically only comes from real sugar? Well, YC company Cambridge Glycoscience has the sweetener for you. The company expects to produce its sugar substitutes at a cost that can make low- and no-sugar foods even more accessible for mainstream consumers. So toss that corn syrup and get ready for a new flavor revolution.

Their manufacturing process will let them produce their sugar substitute at scale and they have a patent portfolio to protect their innovation. Notably, they have signed letters of intent with five companies already, including Haribo.

Why we liked it: Roughly 74 percent of packaged foods and beverages in the U.S. are made with some form of sweetener, which would size that market at roughly $100 billion, according to an article in Fortune citing a study from The Lancet.  If Cambridge Glycoscience can make its replacement at scale, that’s a sweet opportunity. 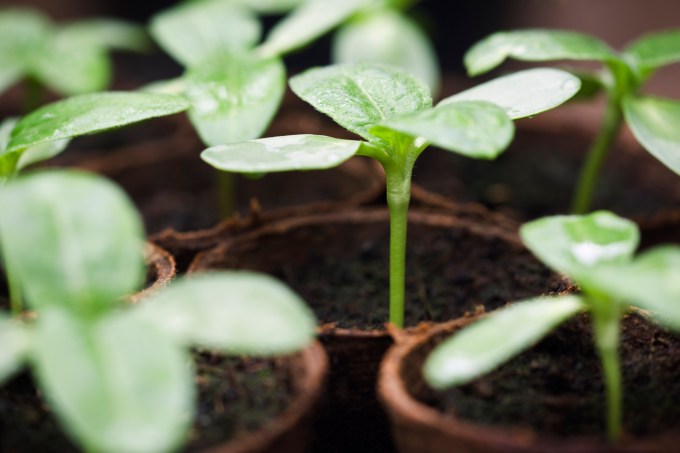 At this point the notion of tastier, better, plant-based meat substitutes is no longer a fantasy. Investors have poured millions into making it a reality. The pitch from Seattle Food Tech is making that tastier, better, cheaper plant-based meat substitute at scale. They are using novel and efficient food processing equipment and facilities that can enable large-scale, low-cost production that can transform the way institutional food service companies that supply the office and university cafeterias across the country deliver tasty foods to hungry breakfast, lunch, and dinner diners.

Why we liked it: While the company’s pitch onstage emphasized those tasty nuggs, what makes Seattle Food Tech compelling is its potential to create an industrial supply chain for the meat replacement market.